The race organisers plan was to set the women off 10mins before 3/4 men, with the idea of us all joining together for the end. Obviously it didn’t quite work like that. 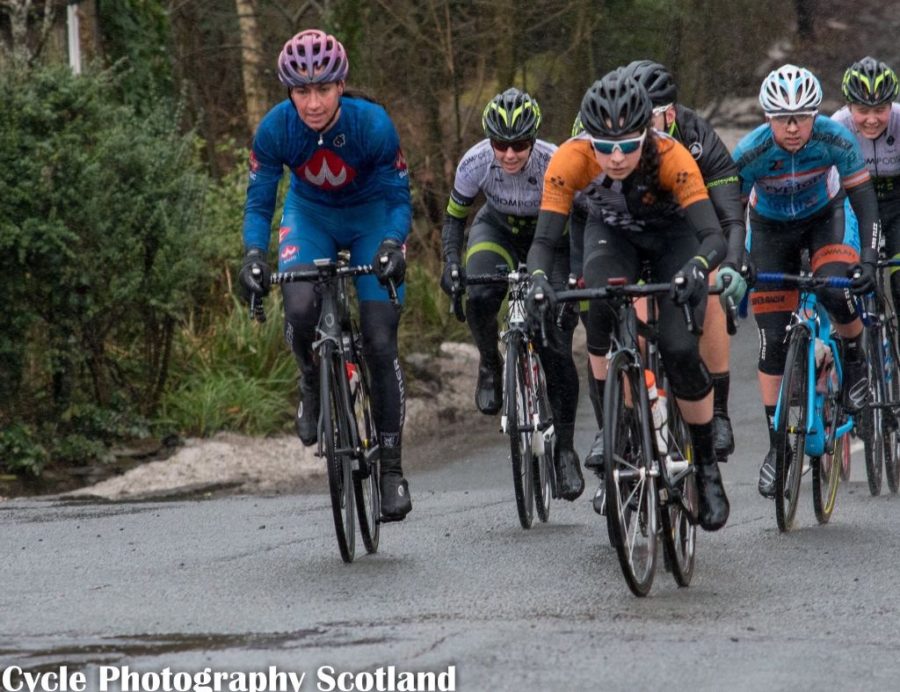 The neutral zone- the worst part of a race. Well in my opinion it is awful. Either far too slow and nobody is paying attention or there is no consistency in speed, resulting in harsh breaking quickly followed by having to accelerate. This particular neutral zone started far too fast, a handful of women were dropped before we had even begun!  Then you can just see what is happening, we slow down because you cant start until everyone is together.  Everyone is back as a bunch and then it speeds up, again someone gets dropped ect… Hence why the speed is inconsistent and it can be dangerous.

Anyways after 2.8 miles of neutral zone we were away.

Knowing the men would catch us at some point, attacking the women’s peloton didn’t make sense. As in theory the rest of the women’s peloton would be dragged back up to you with the men. However it was too miserable just to sit in a bunch, I needed to be pressing on the pedals just make sure I was warm enough!

Following a couple of attacks in the first laps, it seemed silly to exhort to much energy before the men caught us. However Jane Barr and I seemed to do a little two up TT on the front of the bunch for a while.  I was mainly riding hard just so I wouldn’t get cold.

After 2 laps the cars behind were pulled out which suggested the men were not far behind.  A break of 3 men past, Jane and I were the only ones strong enough to jump on.

It turned out I wouldn’t see the women’s peloton again.

I managed to stay with the 3 men for approximately three quarters of a lap before being distanced up a hill. (Jane was distanced a little before me).  At this point I realised I was cold, as I reached for a gel I couldn’t find my pocket. It felt like I had lost my arm behind my back.  After a little struggle to get into my pocket I got a gel before the men’s peloton got to me.

The men’s peloton was in sight not too far behind the break, so I jumped in with the bunch for another three quarters of a lap.

Finally completing the remainder of the race as a TT, to a solo victory of the women’s race.

Note for next time its 3 degrees and raining, wear more layers! 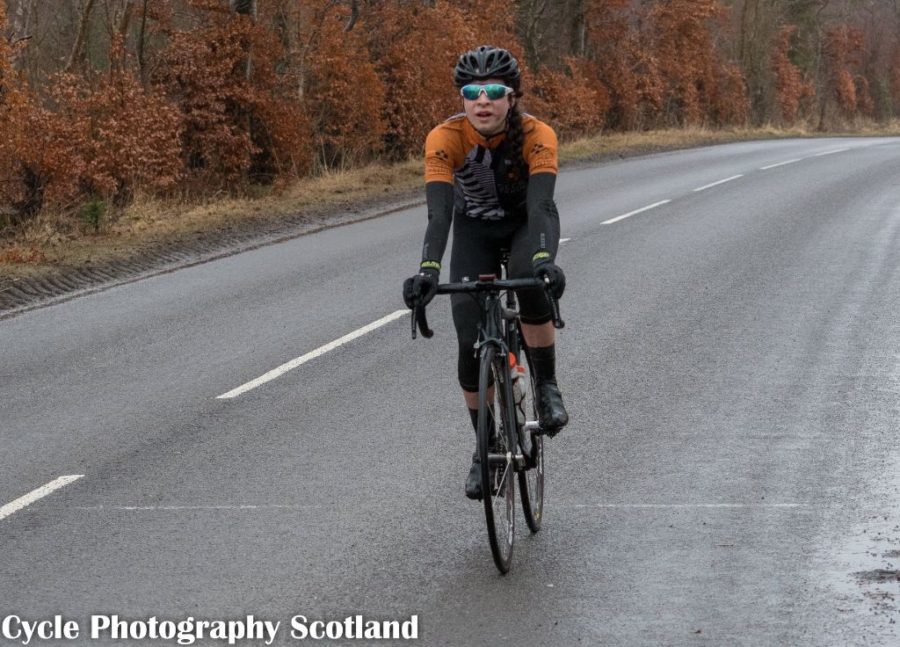