A quick round up of my racing during March…

I started with Pimbo road race the first weekend in March which did not start well, with Drops turning up with an organised team it was not the usual race at Pimbo. I followed the moves but didn’t really have any legs, glad to get the first race done!

Eddie Soens was my first race with the team, this being a slightly different race. The women were set off in the first group, riding at the front and even made an appearance off the front of the race with Emily Kay. All the groups ended up together this making the field about 200 riders. A flat circuit not suiting me, but I got round.

Now for something a little bit different my first ever 25mile TT 20th March – Chelmer CC, I did not know what to expect at all! Having ridden my new TT bike only twice I was just going to see what happened. The team did a recce of the course on the Saturday, the course was rolling some right turns and a couple of technical bends but overall not too bad. Race day… I couldn’t even remember the way to the start and began the TT wondering if I had missed the first turning! So maybe not the best start…  I spent most of the TT trying to figure out what 25miles was in km as my Garmin was in km’s, I’m not all that good at mental maths at the best of times never mind while trying to do a TT. I got to the finish to find out that 25miles is just over 40km. Which I failed to work out while riding! Finishing 6th I was pleased with first 25TT. Can only get better, right?

Seeing as I’d done a 25TT I thought I’d do a 22mile TT the following week on the 25th March –Buxton CC Mountain TT. As it was an afternoon start and two laps of a 11mile circuit, I rode one lap of the course in the morning, a hilly first section of the circuit but a faster second section.  Finishing 5th Which I was happy with, but seeing as I haven’t ridden enough TT’s to compare it to anything, I would say my first two TT’s at the beginning of the year are good starting points. 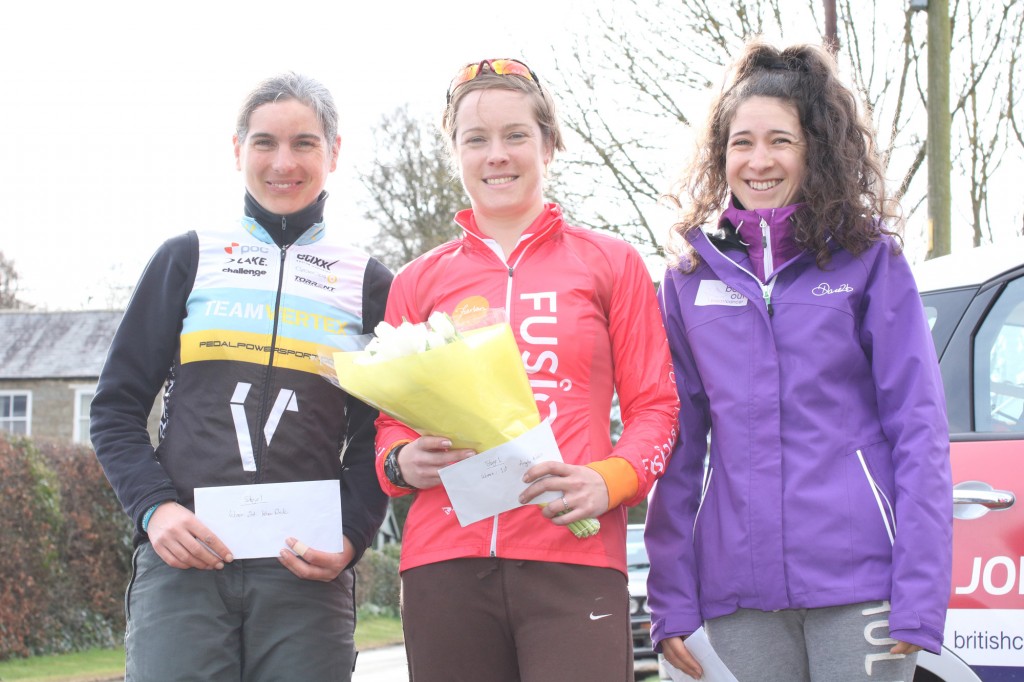 To bring March to an end I rode the Northumberland 2 day 27-28th March. The womens race was combined with the mens 3/4 however we were doing one lap less. A windy day and a fast race riding amongst the men.  Finishing 2nd on stage one I was feeling good and looking forward to stage two, a hillier race. Unfortunately waking up the morning of stage 2 I wasn’t feeling well, I started the race but was not able to finish. Would have been a good race!